Our research group has done work in different aspects of the ASC and ED comorbidity. 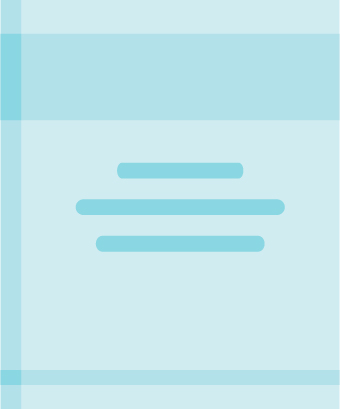 This book explores the link between autism and eating disorders through testimonies from practitioners, service users and carers. Combining research findings, case studies and first-hand accounts, it provides insights into how individuals on the autism spectrum can be supported towards full recovery from an eating disorder. 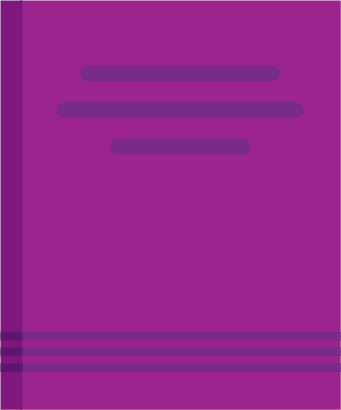 Looking beneath the surface: Distinguishing between common features in autism and anorexia nervosa

Journal of Behavioral and Cognitive Therapy 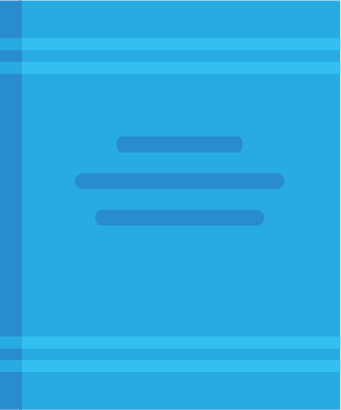 This study recruited women from inpatient and day-patient eating disorder services to assess the relationship between autism spectrum condition (ASC) symptoms and performances on neuropsychological tests (i.e. tests measuring rigidity in thinking and ‘bigger picture’ thinking). It was found that individuals who had higher levels of ASC symptoms also reported higher levels of cognitive rigidity and made more errors on the set-shifting test compared to those with lower levels of ASC symptoms. 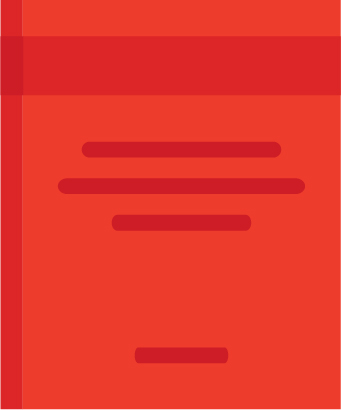 It is suggested that patients with more severe eating disorders tend to have higher autistic traits. This study examines a network of symptoms seen in patients with a lifetime history of anorexia nervosa (AN), with a focus on the relationships between their eating disorder and autism spectrum condition (ASC) symptoms. The core symptoms identified in the network are difficulties in social communication and isolation (over and above conventional symptoms such as weight and shape concern), whereas the symptoms that link eating disorder pathology to ASC are low self-confidence and social anxiety worries. The results suggest that social confusion and difficulties may be important in explaining comorbidity between AN and ASC.

Towards an Improved Understanding of the Anorexia Nervosa and Autism Spectrum Comorbidity: PEACE Pathway Implementation

How was the PEACE pathway developed? How did we implement it? How were we able to tailor treatment adaptations for autism and eating disorder comorbidity? You can find detailed answers in this paper. 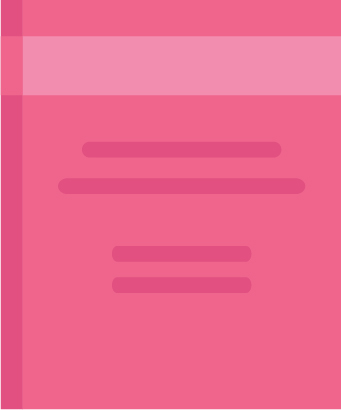 Same behaviours, different reasons: what do patients with co-occurring anorexia and autism want from treatment?

You have to leave the autism at the door: carers’ views on autism and eating disorders co-morbidity: A qualitative study

This study interviewed 10 carers of individuals diagnosed with autism and anorexia nervosa (AN). All of the carers felt that autism played a significant role in the development and maintenance of their daughters’ AN. Other difficulties included problems with getting an autism diagnosis and the perception that eating disorder services did not accept or adapt around the condition. As a result, families expressed feelings of frustration and isolation especially because they also perceived a lack of support and specific resources from clinical services. It was suggested that future research should investigate the best way to improve clinician awareness and knowledge in this area. 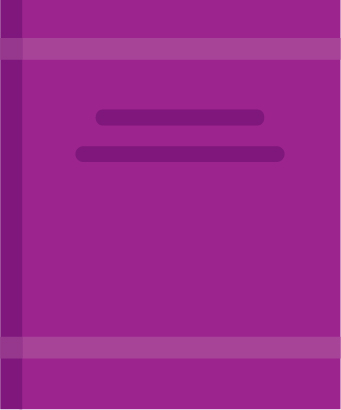 Eating as an autistic adult: an exploratory qualitative study

The investigator interviews 12 autistic adults about their eating habits, looking at common traits such as avoiding certain foods, eating similar foods repeatedly, and sensory sensitivity. Overall, the participants reported that autism did continue to impact their eating into adulthood: they tend to be more sensitive to taste and smell; some may have gastrointestinal problems or allergies which affected their eating; some find food shopping and preparation extremely stressful because they have to come up with a “satisfactory plan”; and some follow rigid routines when it comes to food. All generally described becoming more flexible around food as they became older, but for some this requires conscious effort and specific changes, including making an effort to try new foods, support from their family who used routines to help introduce new foods in a boundaried, safe way, and self-education as an adult around diet and nutrition.

The study showed that anorexia nervosa (AN) in autistic individuals seems to relate to sensory sensitivities, difficulties with social interaction and relationships, sense of self and identity, difficulties with emotions, autistic thinking styles and a need for control and predictability. It was reported by parents that their autistic daughters had more difficulty reflecting on triggering factors of their AN. Healthcare professionals were able to identify common patterns of behaviour from having worked with multiple autistic women, while also comparing them to their non-autistic patients. 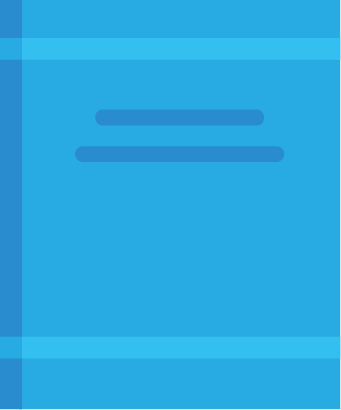 Are Huddles the Missing PEACE of the Puzzle in Implementing Clinical Innovation for the Eating Disorder and Autism Comorbidity?

Introduces the huddle - time-limited, focused meetings to help organise and support clinical teams in the PEACE pathway. This paper evaluated the weekly PEACE huddles across a 12-month period, regularly attended by the multidisciplinary team. Benefits of the huddles included: keeping the teams updated on the pathway's progress, fostering collaborations and team discussions, and improving education.

In this paper we describe the impact of PEACE pathway on the length and (therefore) cost of hospital admissions. The treatment innovations brought by PEACE have led to shorter admission for patients with the comorbidity, and the estimated cost‐savings were approximately £22,837 per patient and approximately £275,000 per year for the service as a whole.

Characteristics of autism spectrum disorder in anorexia nervosa: A naturalistic study in an inpatient treatment programme

Anorexia nervosa (AN) patients with higher autistic traits are more likely to have more severe eating disorder and depressive symptoms, and poorer work and social functioning. This suggests that individuals with autistic characteristics may require longer or more intensive treatment for AN.

Cognitive remediation and emotional skills training (CREST) targets social-emotional difficulties. The training aims to help patients identify and describe their own emotions and express their needs in a safe way, as this could be very difficult for patients with anorexia and autistic traits. This study shows that CREST in both individual and group formats was effective in improving patients’ motivation. Individual CREST led to an improvement in both confidence and description of emotions. Both patients with and without autistic traits were shown to benefit from the treatment.

This paper assesses the benefits of Cognitive Remediation Therapy (CRT; a treatment which targets cognitive inflexibility/rigidity and encourages bigger picture thinking) for anorexia nervosa (AN) patients with or without high levels of autistic features. The results show that CRT effectively improves cognitive flexibility for both groups. 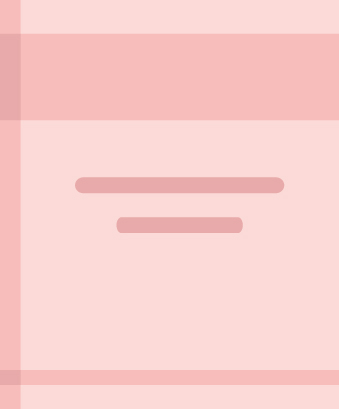 This is a case study of a 21-year-old female patient (“Milly”) with anorexia nervosa (AN) and autism spectrum condition (ASC) comorbidity who had cognitive remediation therapy (CRT). The study provided detailed description of Milly’s autistic traits, eating difficulties and other complications and potential risk factors such as early childhood stressful events. In treatment, she was given CRT which helps patients increase flexibility, bigger picture thinking, and spontaneity. The case study shows that CRT is a feasible and effective treatment before proceeding to more complex individual psychological work, such as cognitive behavioural therapy (CBT).

Anorexia nervosa, autism, and the ADOS: how appropriate is the new algorithm in identifying cases?

The Autism Diagnostic Observation Schedule 2nd Edition (ADOS-2) has been the "gold-standard" tool for diagnosing autism traits. Its diagnostic algorithm has been revised lately. As a result, the algorithm now identifies more women as potentially being on the autism spectrum than the old version. This paper points out that more anorexia nervosa (AN) patients and recovered individuals scored above cut-off on the new algorithm, suggesting that women who experience AN may have more persisting autistic traits.

Using the Autism-Spectrum Quotient to measure Autistic Traits in Anorexia Nervosa: A systematic review and meta-analysis

A review of studies that used the Autism-Spectrum Quotient (AQ) (a 50-item questionnaire consisting of five domains: social skills; attention switching; attention to detail; communication and imagination) or abbreviated version (AQ-10) to examine whether patients with anorexia nervosa (AN) have higher levels of autistic traits. This analysis offers strong evidence that individuals with AN tend to score higher on the AQ and AQ-10, suggesting significant difficulties with social skills, communication and flexibility.

Journal of Autism and Developmental Disorders

The social responsiveness scale adult self-report version (SRS-2) is a self-rated 65-item questionnaire. The original SRS is often used in children and adolescents with autism spectrum condition (ASC) in order to give a comprehensive diagnostic assessment of ASC. This study suggests that the SRS-2 may be a useful tool in screening for ASC traits in adults with anorexia nervosa (AN) as its scores significantly predict ADOS-2 classification. Additionally, scores were found to be higher in those with AN and those who had recovered when compared to healthy controls. This suggests that autistic traits are still present in patients recovered from AN even when their BMI appeared normal.

Researcher in the PEACE team has developed a brief sensory screening tool based on the five basic senses: vision, hearing, smell, taste and touch. Patients can choose on a scale from 0 to 10 whether they are very sensitive or not sensitive at all to each sensory modality. This study finds out that people with anorexia nervosa (AN) and high autistic traits had higher scores (overall more sensitive) compared to those with low autistic traits, especially in the area of smell. Results suggest that this screening tool can be a quick and easy way for clinicians and dieticians to make treatment more tailored to individual needs and personalise treatment strategies. 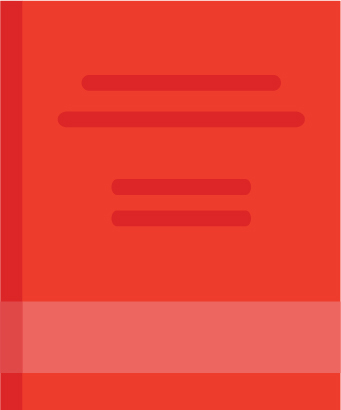 The 2020 PEACE conference where we presented how the pathway was implemented and related research evidence. Recording is available online.